With her upcoming talk Secret Women’s Business: Feminine Hygiene in the Middle Ages, we caught up with Rosalie Gilbert to get to know a bit about her work as a researcher, author and reenactor as well as gain insight about the lives of medieval women.

How did your interest in researching Medieval Women and reenactment begin?

My interest in re-enactment started in my teens when I started doing our family tree. This was well before websites like Ancestory were available and records had to be sourced via letters to family and institutions overseas and records of family history had to be sources manually by paying someone to physically go and search those records. My family came originally from England, so as I dug deeper, history and live began to emerge and I discovered that there were groups of people who actually tried to relearn the lifestyles and techniques of those times and it fascinated me! 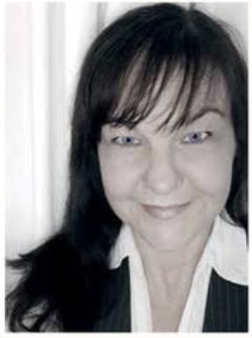 I’m not a girly girl and I rarely do dresses or skirts so it’s a real departure from how I actually am in real life. Costuming is something I’ve always enjoyed from days in junior theatre, and it was natural to me to take an interest in period costuming. From there, I became interested in how it all went together: fabrics, shapes, seams. I attended a tournament as a MoP (member of public) and discovered that groups of people keen on things historical get together all through the year. Experimenting with medieval recipes, leatherwork, blacksmithing, music, woodturning and furniture-making, candle-making, fighting, longbow archery and jousting and discovering more about what people in different areas did and didn’t do provides a wealth of opportunities to get out there and live what a lot of gamers do online.

“I’m not a girly girl and I rarely do dresses or skirts so it’s a real departure from how I actually am in real life.”

How much of your passion for women in the Middle Ages is translated to your daily life?

It is all-consuming! There aren’t enough hours in the day to read all the most recent finds and archaeological reports and attend online tutorials about techniques. Even researching my own collection of medieval dress accessories takes a huge amount of time, although what I learn makes it all worthwhile!

I spend a huge amount of time sewing reproduction clothing and making displays for events like the Abbey Medieval Festival.

What are the challenges of translating historical research to a comprehensive written piece for readers?

Good question. This was something I really put a lot of thought into. Many books and lectures are so packed with incredible facts and information but as far as general readers go, they can be hard to follow or set at a research standard which really kills at lot of the desire to keep reading. I considered an academic style book. The information and references are real, after all. When I thought about some of my favourite books, however, I discovered that the ones I read more than the others or the ones that I recommend more to others are the ones which are jam-packed full of interesting information BUT also are easy to read. I’m not saying dumbed down, just that they have more of a feel of being talked to by a friend. You can pick them up, read a bit and not need to re-read the last two pages when you pick the book up again because the train of thought was so complex.

I made the book like I make my talks- a little funny, a lot informative and a lot like you’re sharing it with a friend, rather than standing in front of a blackboard, an approach with has been, on the whole, enjoyed by members of the public who like medieval ladies but haven’t dipped their toe in to the world of academia.

“They’re either portrayed as overly aggressive to fit in with today’s ideas of strong women or turned into wenchy kitchen drudges.” 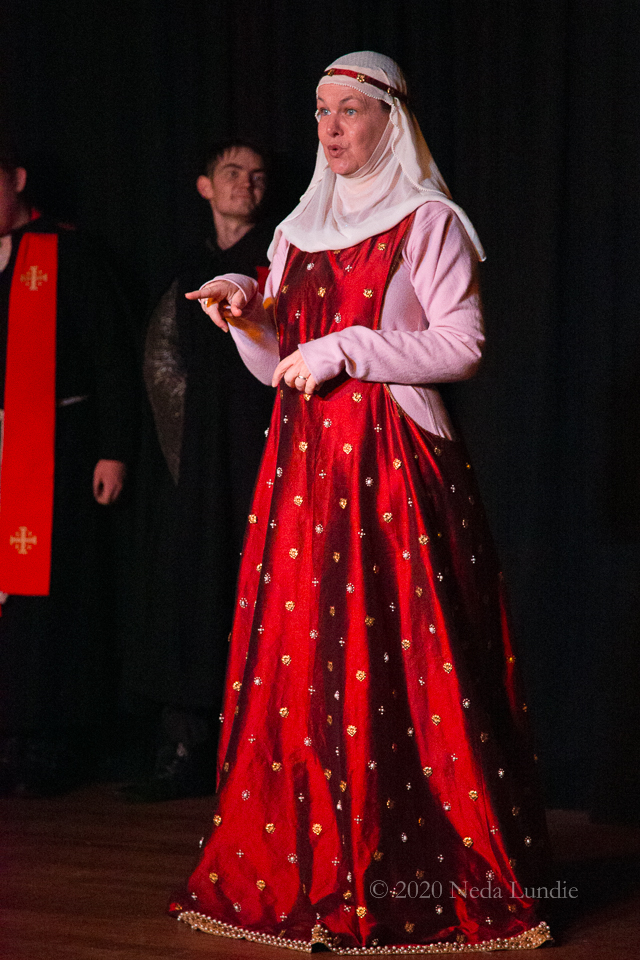 Are Medieval women fairly or accurately represented in entertainment media?

Not usually. They’re either portrayed as overly aggressive to fit in with today’s ideas of strong women or turned into wenchy kitchen drudges. The tendency to pretty them up or fancy up their clothes or make them seem “more interesting” is hopeless. There’s also a trend to generalise a lot of things which simply weren’t true for everyone. I’m heartily sick of seeing peasant people in roughly spun clothing which is poorly sewn. Women had skills. Clothing was custom made for each person (which is what home made was all about really) so bad cloth and shoddy workmanship really are such a lie. Worn and patched clothing, yes, but badly made? Unlikely.

What really bugs me, is that real clothing and real history is actually pretty cool and it’s not like we don’t have that information today. Some aspects of medieval women are a best guess situation, but a great deal of it we do know about.

What are some of the main factors that contribute to making the workings of a medieval woman’s body a taboo discussion?

Excellent question. Women were viewed with a certain amount of sexism by today’s standards, but at the time, these things were regarded as just how it was. Medical advice had some very definite ideas about bodily functions and men were seen to be the superior standard of heavenly design. Women, with their weakness, lack of physical strength and unmentionable things were (to them) clearly inferior. We then have a society which feels that if t’s a woman thing, it’s really not that crucial to be worrying about it. Religion also felt very strongly that things happened for a reason. Meddling with how things were meant you wanted to change the will of God, and on the whole, that’s not a good idea at all.

Even medical persons had more than one school of thought as to how a woman’s body functioned, so that alone caused differing ideas about how things should be dealt with.

Do you think women in the Middle Ages and women of today share a similar viewpoint regarding the workings of a woman’s body?

Absolutely not. Modern women have a vast amount of medical knowledge available and as young pre-teens, they have a much higher chance of being told about the working of their body. Women today understand why they have periods and what causes them. We modern women have more options regarding how we handle our menses, but I would say we enjoy them about as much as our medieval lady forbears do. Not much. Hilariously, some online discussion forums still show that some men (thankfully a very small number) are almost as mystified as their medieval counterparts.

What inspired you to write your book?

The Very Secret Sex Lives of Medieval Women came about while I was looking into feminine hygiene. Originally, I was interested in clothing and there were always questions at the end about underpants. Did they wear underpants. If they didn’t, what happened when… well… what happened at the time of the month? While looking into that, I discovered a lot of great and not so great (and sometimes downright baffling and bizarre) advice about sex and sex beliefs. This turned into a talk which was received with great enthusiasm and giggling. Although I do talks on a number of subjects, the Between Linen Sheets Sex Talk fast became the one people wanted to hear, and the notes just piles up. When I was contacted to write a book, I felt I already had a topic which was of interest to general people- informative and factual.  It snowballed from there. 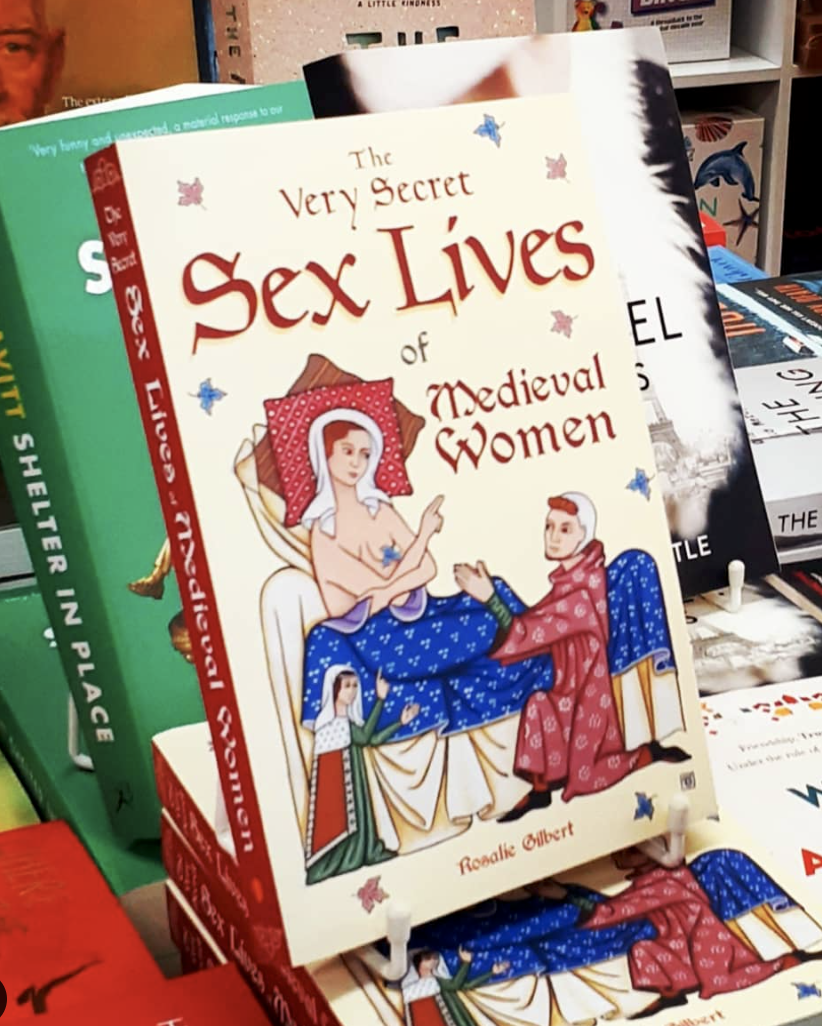 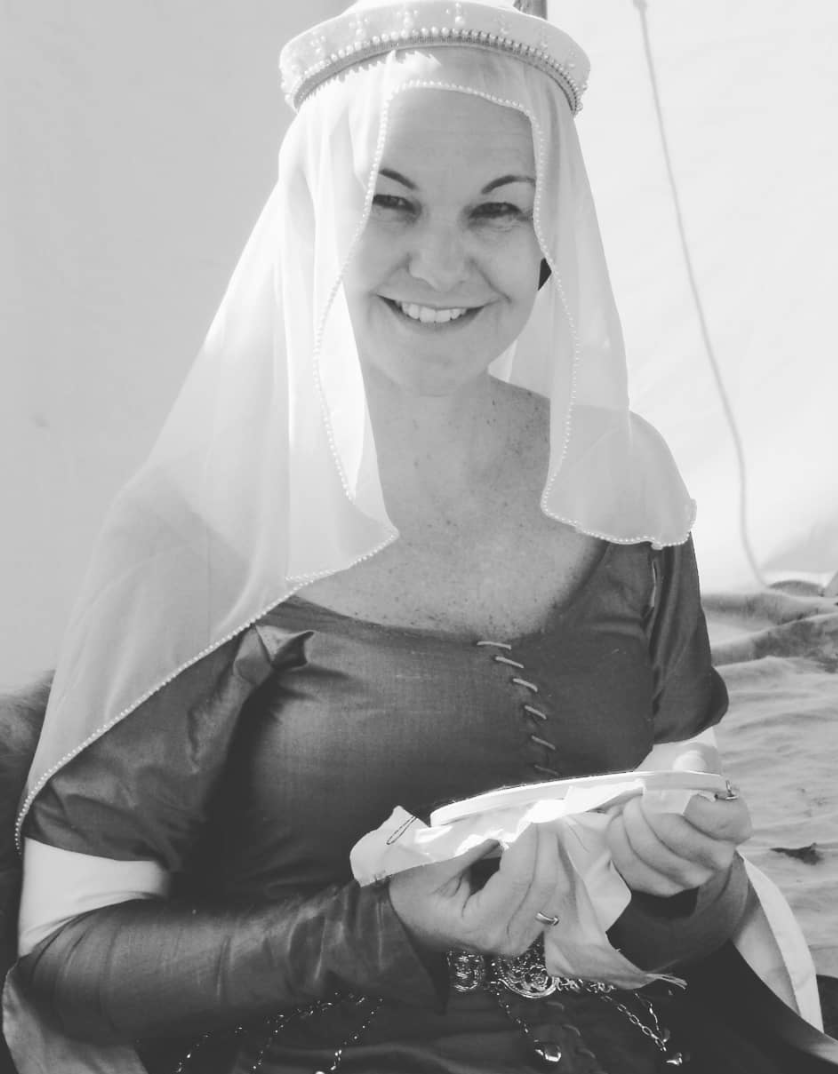 What do you hope readers will take from it?

I hope readers will get a peek into a world which is astonishing and interesting. Women’s solutions and lives were just as complicated as ours, and I feel that a lot of that will come as a surprise. There are a lot of sad moments as well. A lot of unfairness was inflicted on some women. In some cases, we learn a snippet from a count case and we don’t know how it ended. We learn their names though, and give them voices which I feel makes the women more real. People we might have known or who are struggling with the same situations some of us may have faced. In other situations, we can feel grateful that those kinds of things are firmly left in the past.

If you could take one modern invention and travel back to the Middle Ages, what would you bring with you and why?

That’s a hard one. If I’m dropping in for a short stay and returning to the future, I’d take several pens and a notebook for note taking and learning opportunities. I need to write stuff down and paper was not readily available in the early stages and expensive in the latter. A pen to write with instead of using an inkwell would amaze and be very practical.

If I was going to be staying there, I’d take a some really good woolen cloth with me for clothing. It’s something I’d need which would be precious and also tradable. Decent clothes would get me employment in a better situation.

Don’t miss out on an intriguing afternoon featuring Rosalie’s upcoming talk Secret Women’s Business: Feminine Hygiene in the Middle Ages on Saturday 27 February, where she provides greater detail about the lives of Medieval Women. 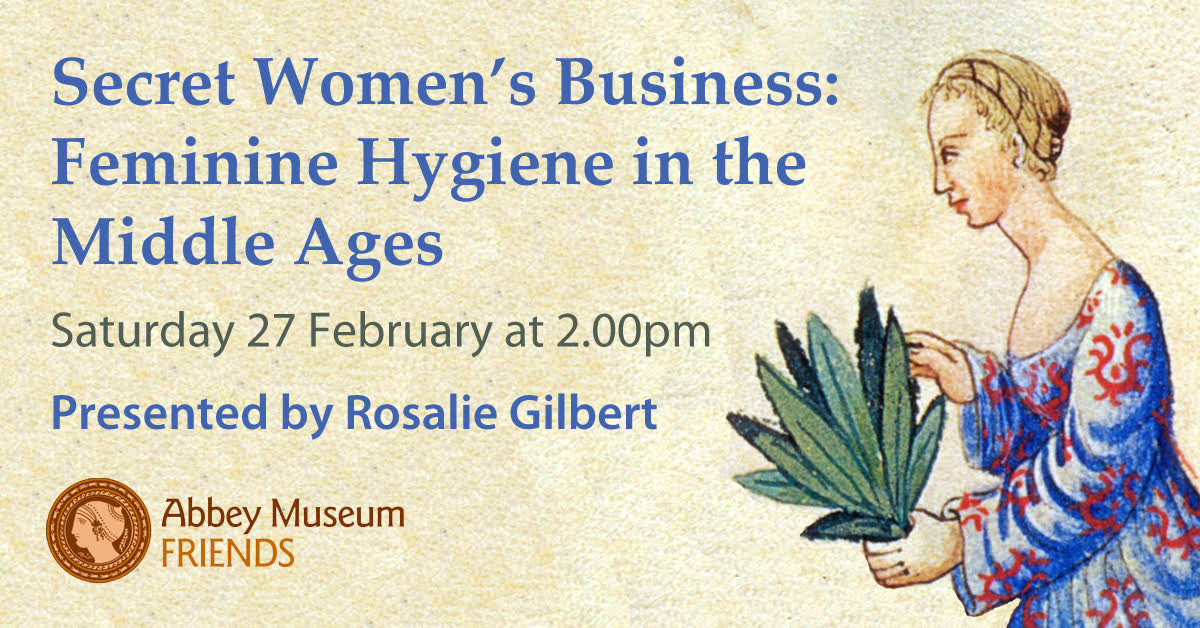