A Toss of a Coin

One of the exciting things about working at the Abbey Museum is being there when a new object is donated. Recently, the Abbey was given a fabulous example of a silver 30-tari coin from Malta. This coin was issued in 1798 during the brief reign of Ferdinand von Hompesch zu Bolheim. Who was he, you may ask? Well, for a brief time, from 1797 to 1799, Hompesch was the 71st Grand Master of the Knights Hospitaller or, as it is better known, the Knights of Malta. It was during his reign that Malta was lost to the Republican French because Hompesch failed to reinforce Malta’s defences, having disregarded a warning that Napoleon was approaching. This decision (or lack of) tarnished his reputation and is why he has gone down in history as one of the most unfortunate Grand Masters the Knights of Malta ever had. 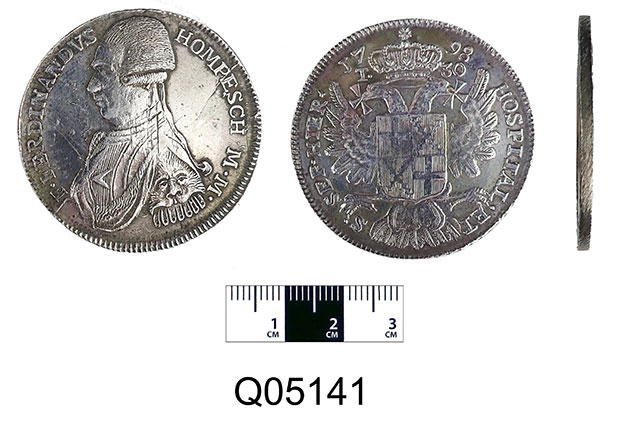 When we examine the coin, Hompesch appears on the obverse, while the reverse shows an eagle holding a cross in its beak and a shield, which bears the arms of the Grand Master of the Order of Malta on its breast.

The coin was generously donated by Rosemary Spenceley. It had belonged to her grandfather who had acquired it during his military service. At age 51, Rosemary’s grandfather, Captain Lucius Gerald Armstrong MacDonnell, volunteered to go to Gallipoli as a medical doctor. There he served with the 2nd Light Horse Brigade Field Ambulance, but became ill with enteric fever (also known as typhoid) sometime between the beginning of his service on the 7th August 1915 and his discharge on the 24th February 1916. Captain MacDonnell was sent to Malta to recuperate, where he acquired the coin, before returning to Australia. 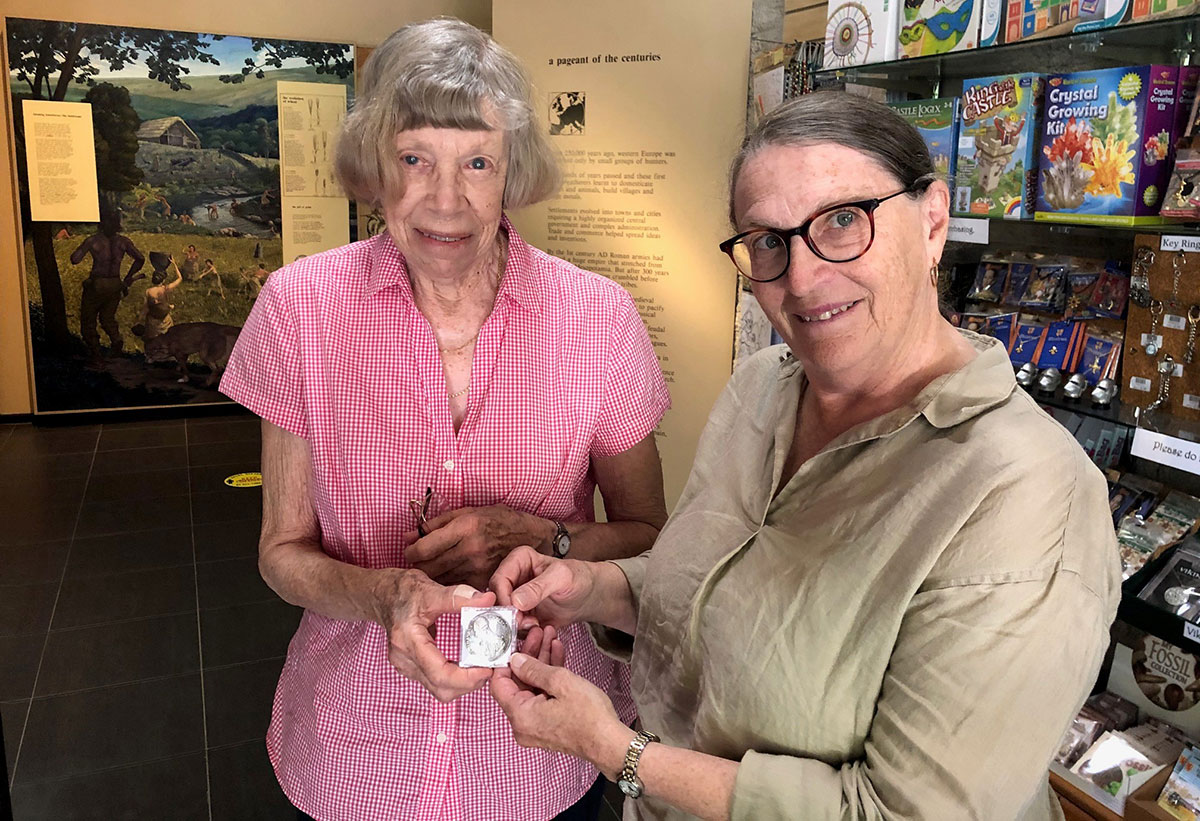 After his arrival, he was put in charge of the Military Hospital at Kangaroo Point in Brisbane, where he oversaw the return of ANZACs from Gallipoli. He died on the 27th November 1924 from natural causes.

This beautiful new object will become part of the Museum’s numismatic collection which numbers about 241 coins plus several hoards. We hope some of these rarities will be on show in a small temporary exhibition planned for late 2021.