If you have ever strolled through the Abbey Medieval Festival, you may likely have been fascinated with historical re-enactment.  But what is it all about?

Fundamentally, it is bringing the past to life in an inspiring first person display. The Abbey Medieval Festival focuses on the Middle Ages, or roughly from 600 – 1600 AD; but re-enactment can include everything from Neolithic Hunters to Cold War soldiers.

While it remains mostly a hobby in Australia, the layers of re-enactment run deep.  Some re-enactors even make a living from their passion for re-enacting history. 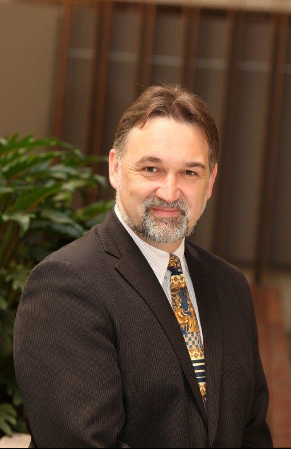 Dr Fitzsimmons is also the managing Director of Living History Australia, a company formed in 1998 to present the history curriculum in schools across Australia.

“I was captivated by the idea that people were actually re-enacting Crusader Knights and just had to go and see it.”

Dr Fitzsimmons’ fascination towards re-enactment began in his youth. Growing up, his father’s passion for history exposed him to historical epics like Ben Hur and eventually historical war gaming at 13-years-old.  Then, it was an Abbey Medieval Tournament advertisement in 1990 which further enhanced his fascination with historical re-enactment.

He recalls, “I was captivated by the idea that people were actually re-enacting Crusader Knights and (I) just had to go and see it…” Enthralled by the costumes and spectacle of the Tournament hosted by the Company of Knights Bachelor, he shortly met with Damien Fegan and John Topping where he learnt all about the hobby.   Soon after was invited to train with them at the Old Queensland Museum, and the rest he says, is history. 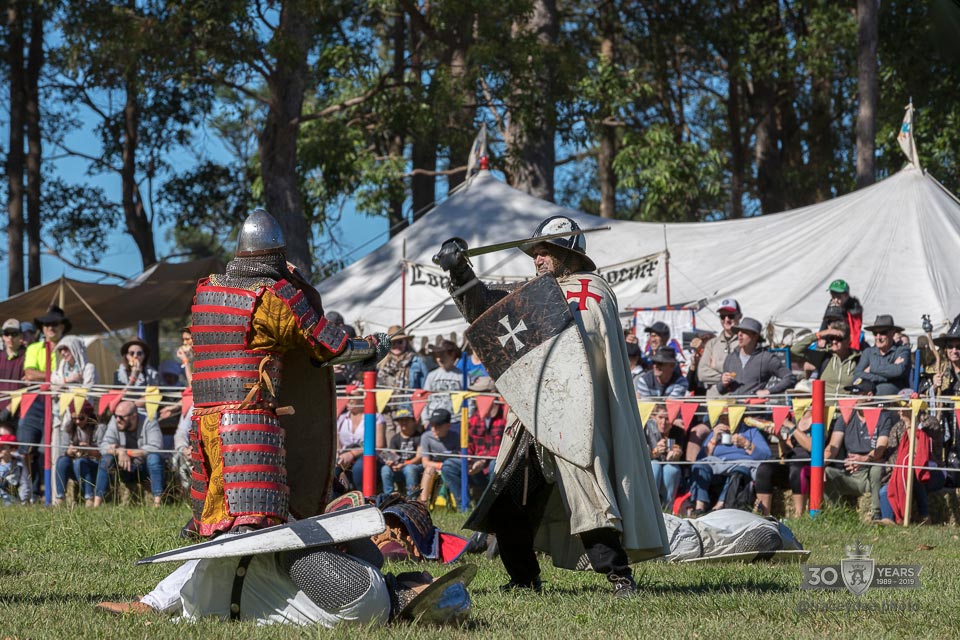 Dr Fitzsimmons in action at the Abbey Medieval Festival 2019. photo by Tracey Dee

In the beginning, Dr Fitzsimmons was guided by experienced re-enactors on how to build a credible historical persona and how to construct authentic arms, armour and accoutrements. He also trained in Western Medieval martial arts, starting with the sword and shield. Medieval combat and early tournament remain as his passions but in recent years he has moved into later periods that don’t involve combat.

While Dr Fitzsimmons enjoys his hobby, being President of a group with over 100 members means most of his time is taken up with organizing others and having a more holistic responsibility for overall performance.

“I get a buzz from participating in tournaments and in the large battles that take place at some events like The Gathering in Armidale every second Easter.”

He attributes his knowledge of group dynamics and organizational leadership to re-enactment which in 1998 led to his founding of Living History Australia through the Queensland Arts Council. Many opportunities have derived from his discovery of re-enactment which include having a sponsored pathway to academia and an idea for a PhD thesis which was completed in 2011. While there are times he wishes he could simply re-enact and let others take care of the organization, he believes it is not in his nature to do so. 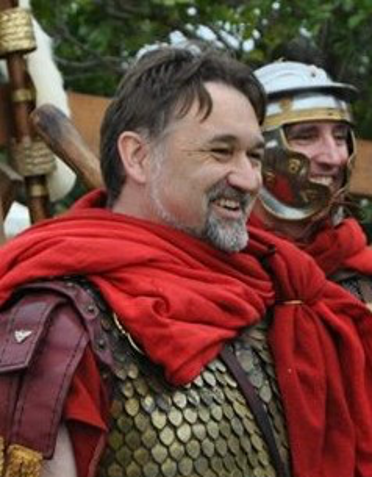 When re-enacting, Dr. Fitzsimmons takes pride in getting his portrayal right and in fighting well and fairly.

“I get a buzz from participating in tournaments and in the large battles that take place at some events like The Gathering in Armidale every second Easter.”

Dr Fitzsimmons is also amazed and honoured to be able to command ‘armies’ without the real horrors of war and battle as well as enact strategies, revealing how very different and difficult it is to command without modern communications and how battles can be won and lost due to the slightest change in circumstances.

Dr Fitzsimmons hopes for the future of re-enactment to include a democratic State based National Body with oversight of authenticity standards, safety and combat standards and insurance. He wants to attract more people to the hobby and re-enact an ever more diverse array of periods and peoples. He is keen to see a home for re-enactment; a place where permanent structures and fields could be activated for the public and reenactors alike. 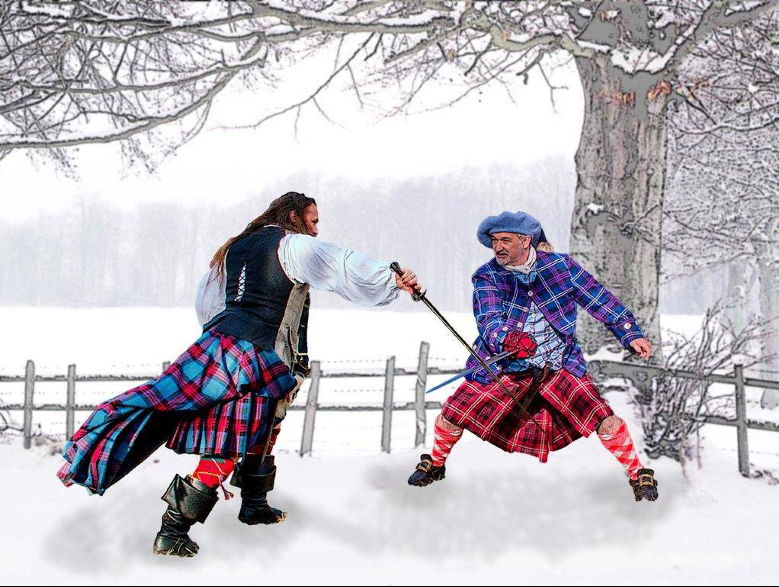 To learn more about Dr Fitzsimmons journey in re-enactment, join us for a fantastic presentation by Dr Terry Fitzsimmons to uncover the world of historical reenactment at Abbey Hall on 13th February, 2021! 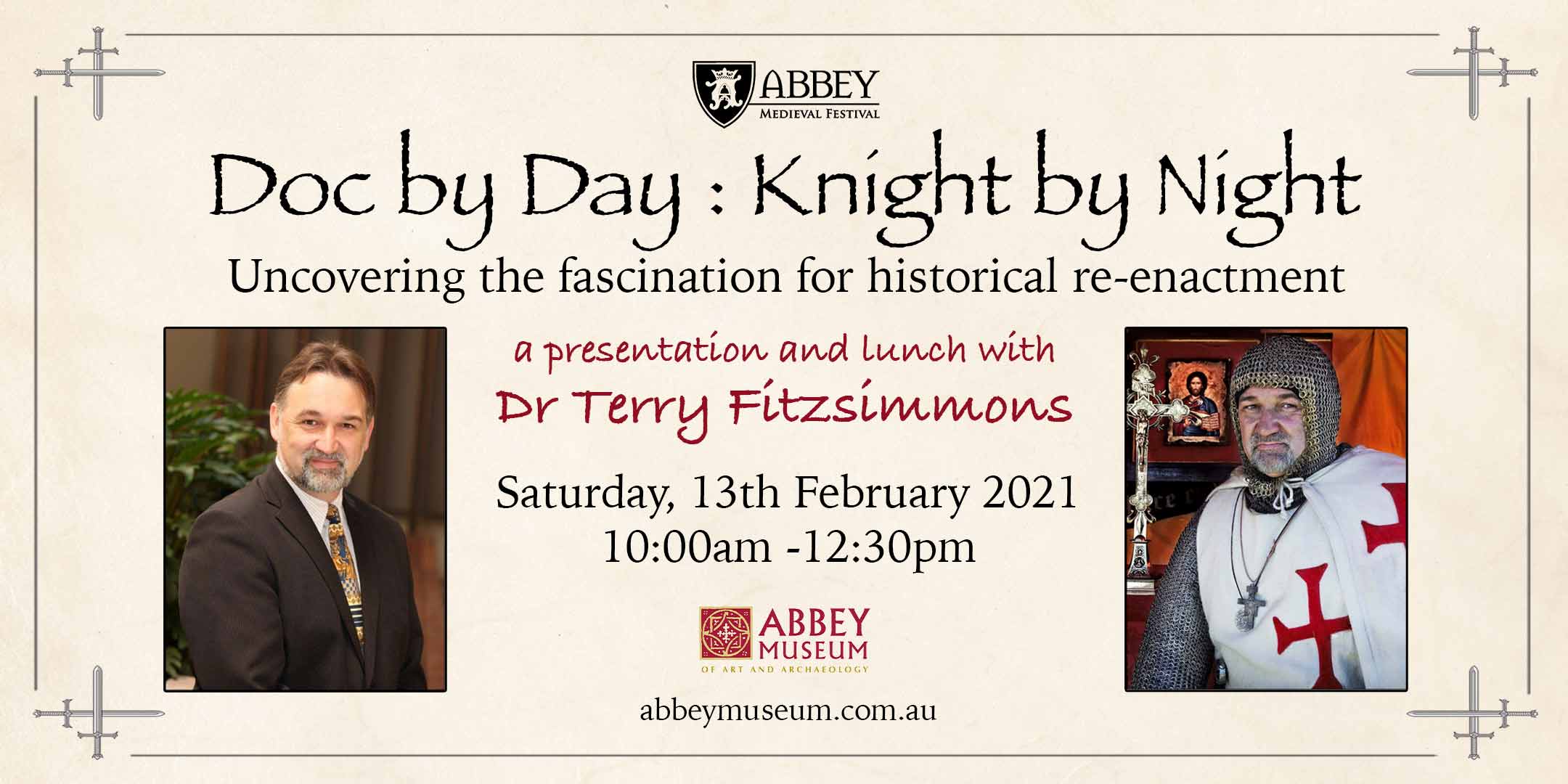