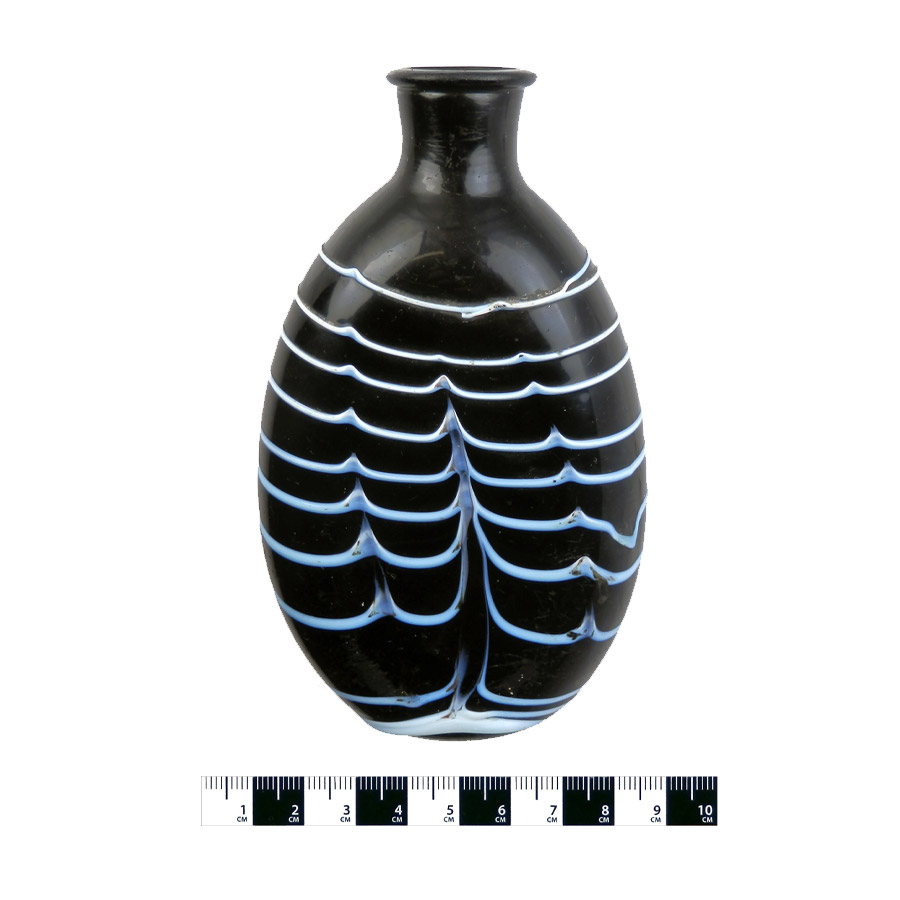 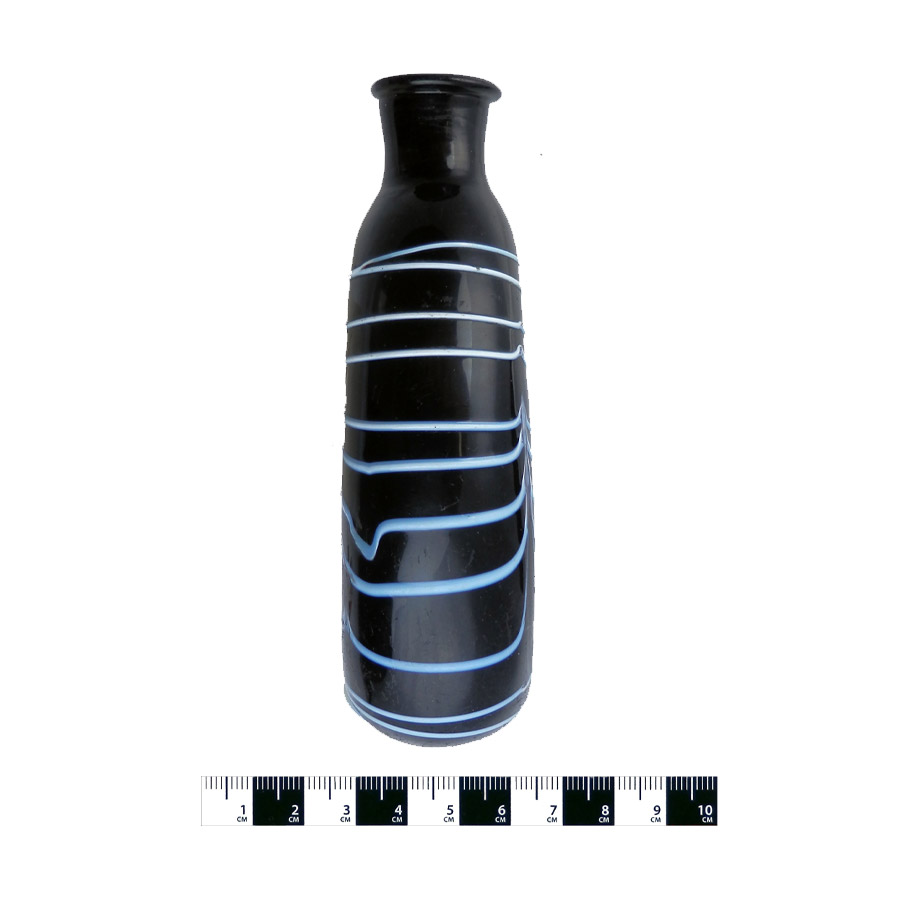 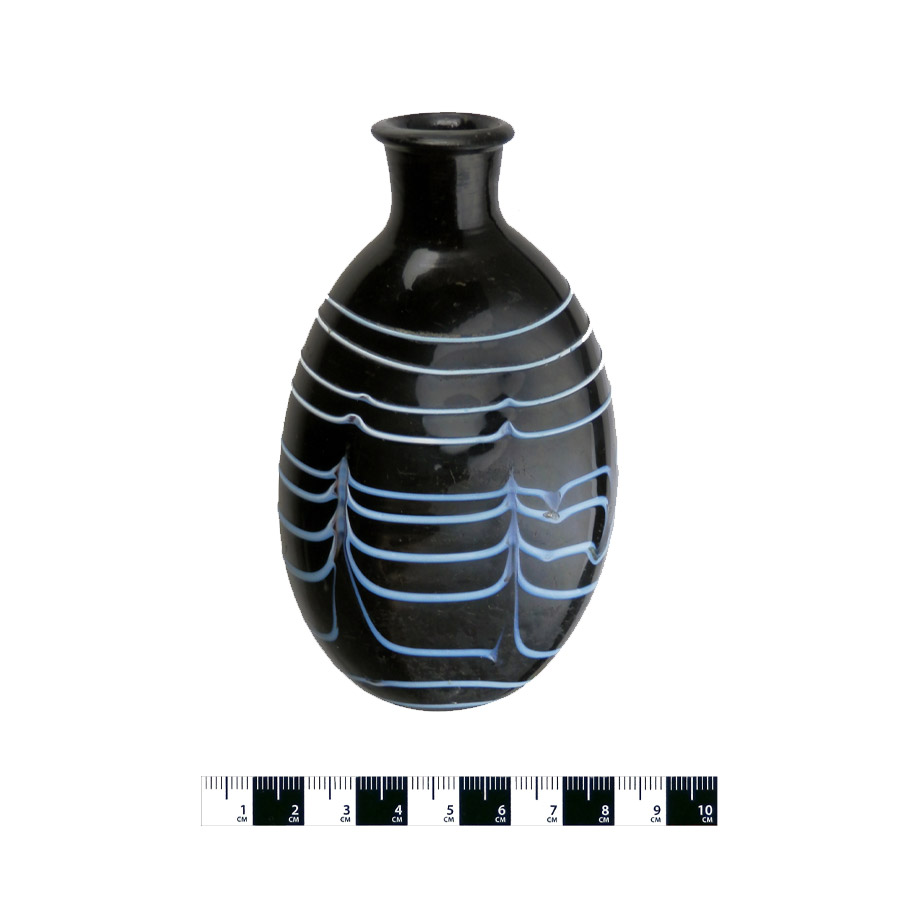 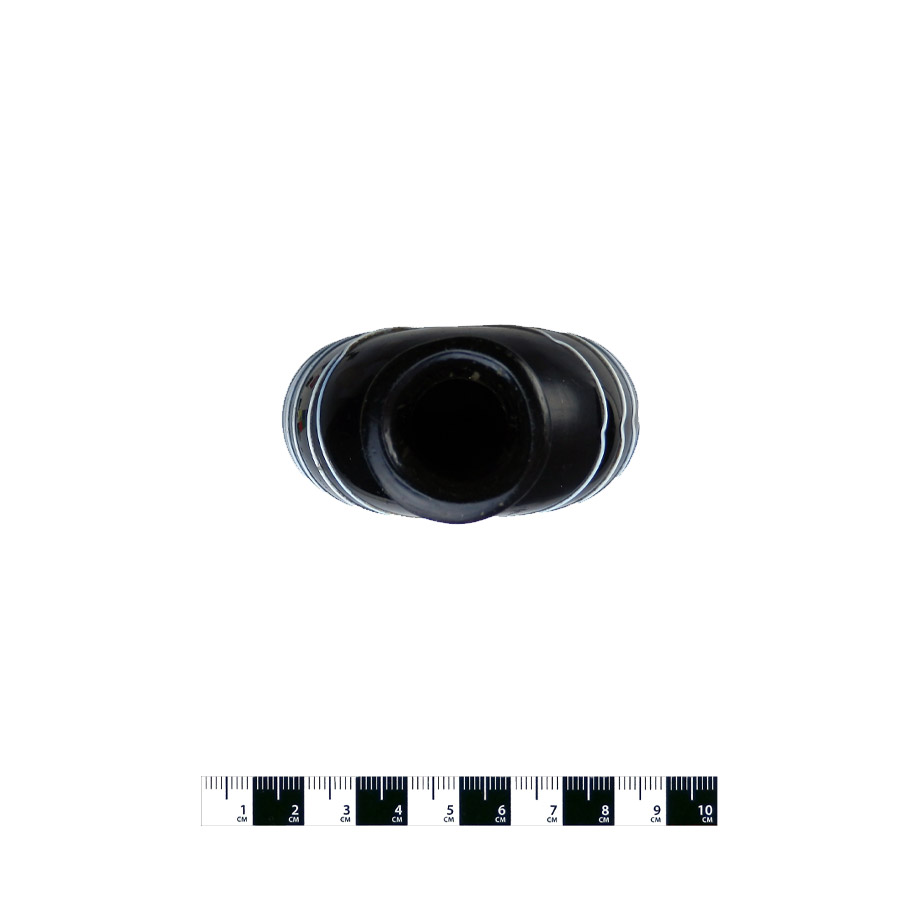 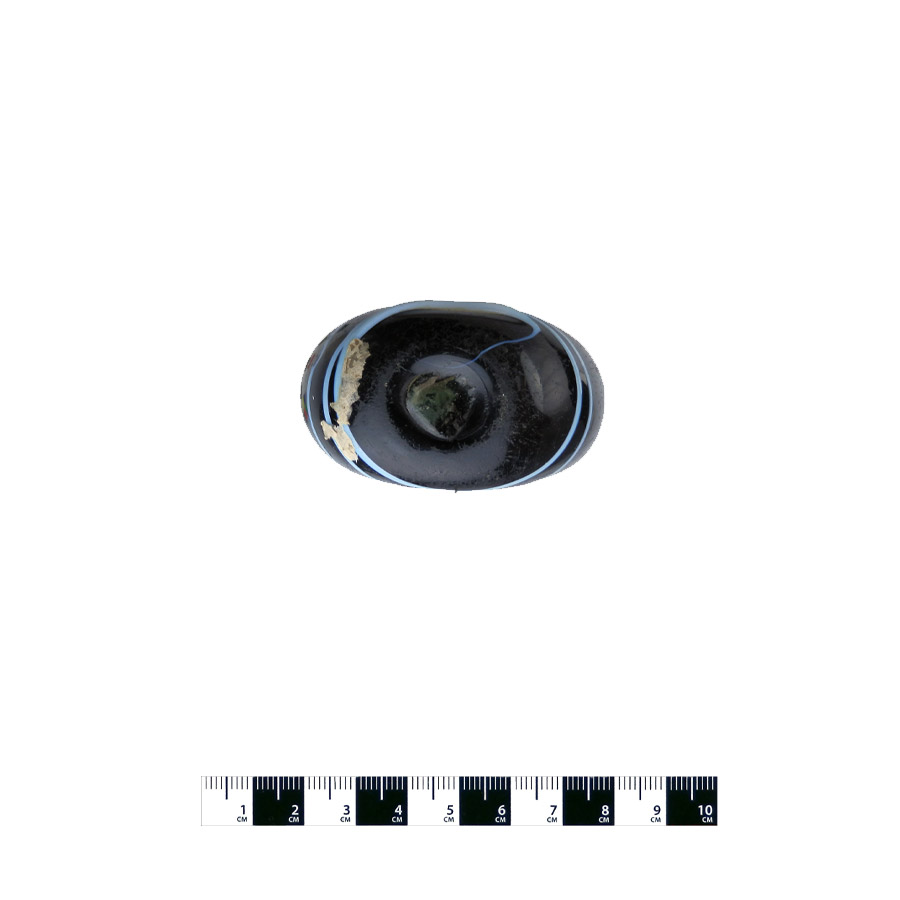 A flattened dark blue glass flask with flat base, snapped pontil and cylindrical neck, with pale blue and white trailing combs is an early example Nailsea glass. It is hand blown glass made from silica, lime and cobalt oxide, with enamel trails. This distinctive Nailsea style is originally from the Bristol area, which became an important centre for glass manufacture in the mid 18th century. During this time, products were keenly sought after by the nearby burgeoning Georgian city of Bath. Nailsea glass items became popular and affordable as they did not incur the heavy flint glass tax and were an inexpensive means of owning a colourful treasure. This flask would probably have been used by a traveller to swig spirits on his journey, as it is shaped to slide into a pocket.

Compared to the other objects in this exhibition, this Nailsea flask is undoubtedly a more utilitarian object, perhaps holding whisky or gin for use after a long journey! However,  it still has a beautiful shape, designed to fit into a pocket, and it is finely decorated with a feathering effect, a technique often used in decorating cakes. 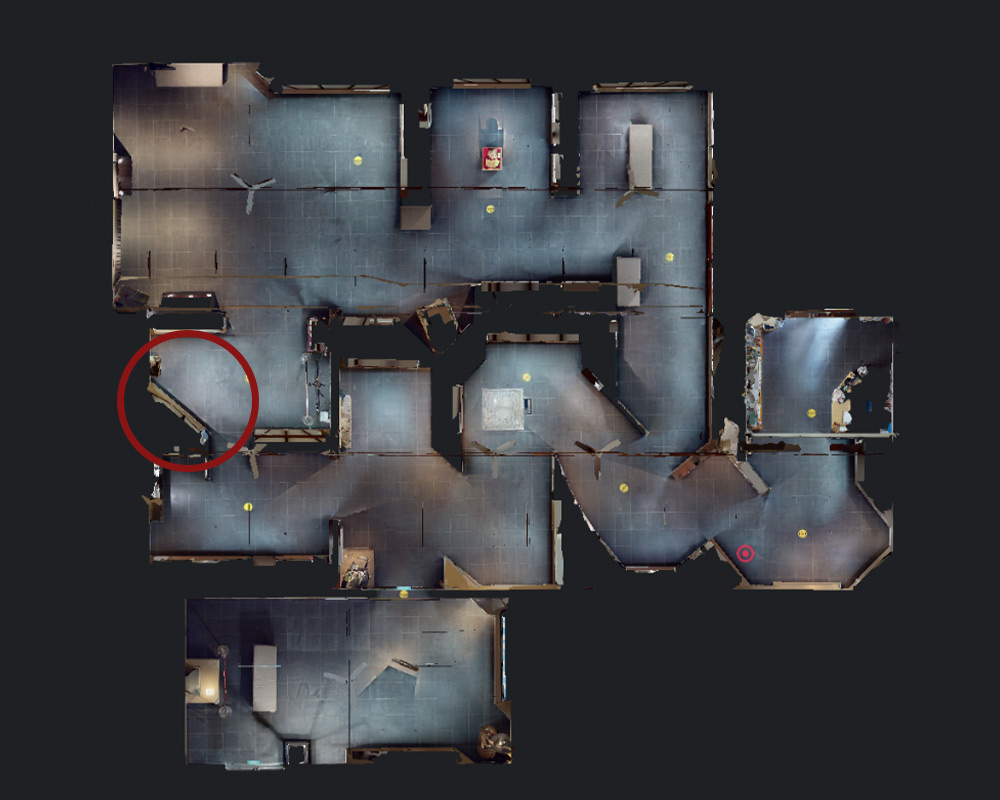 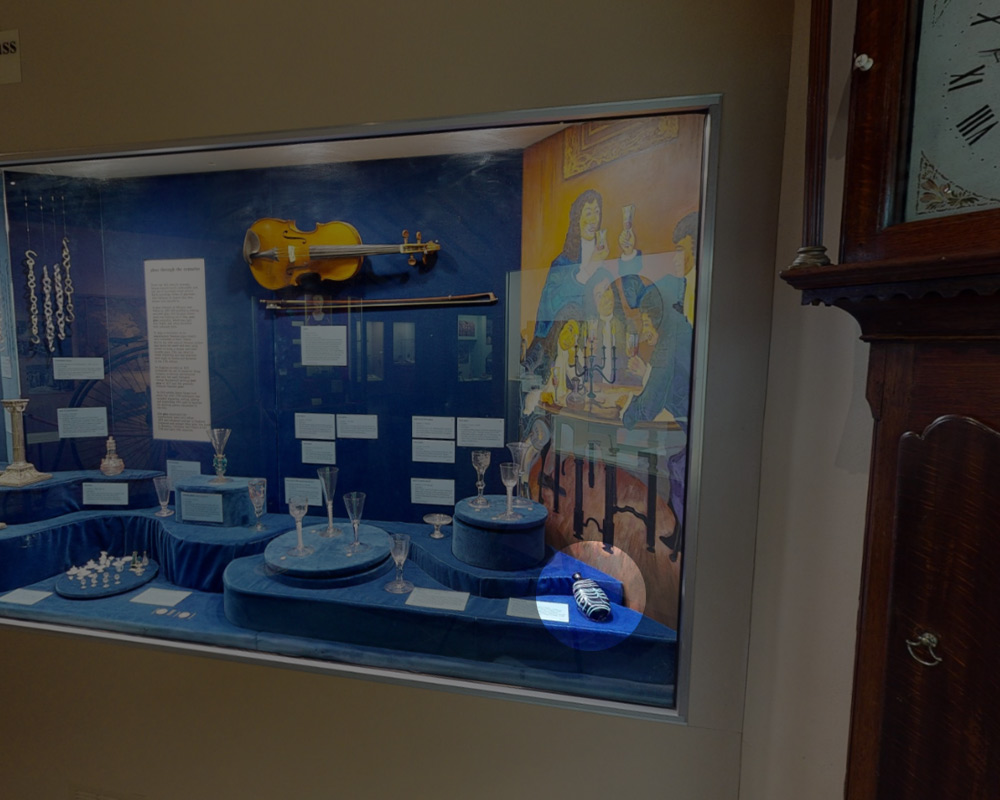