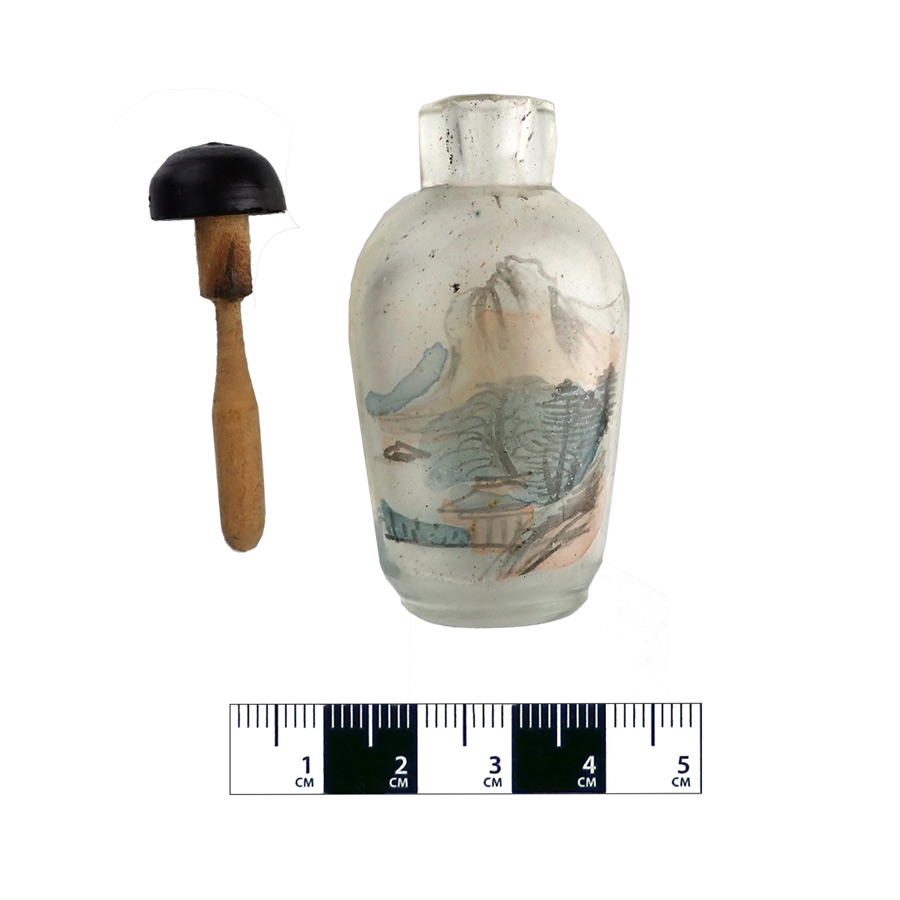 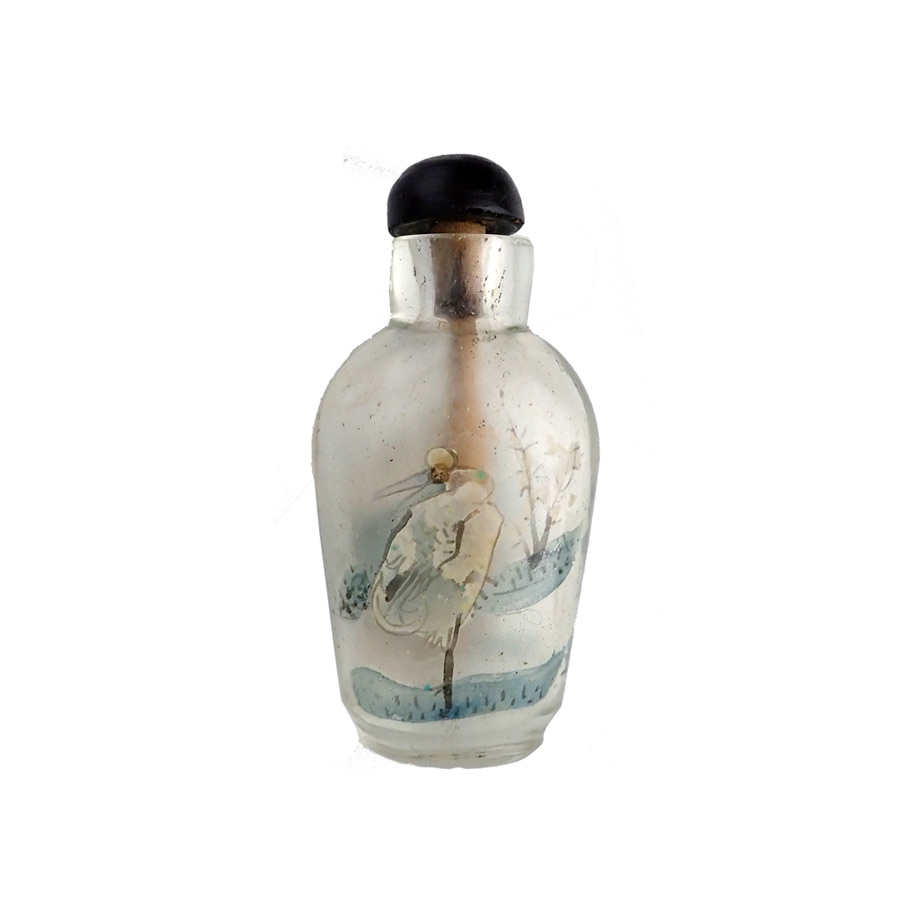 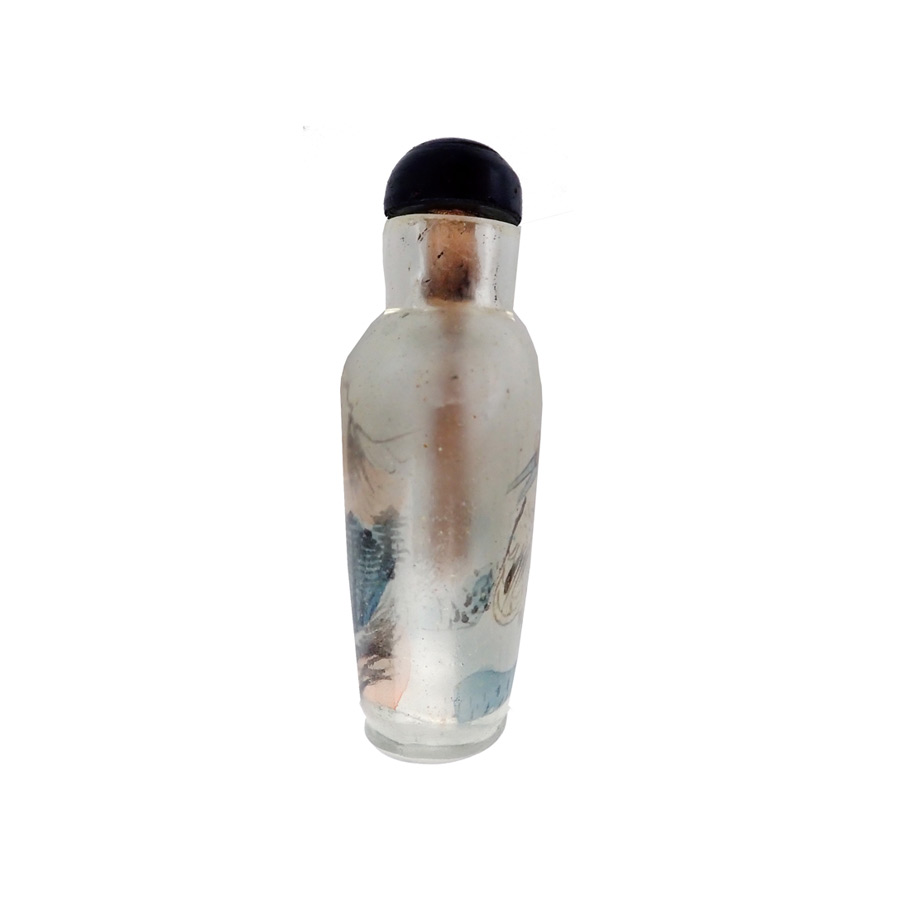 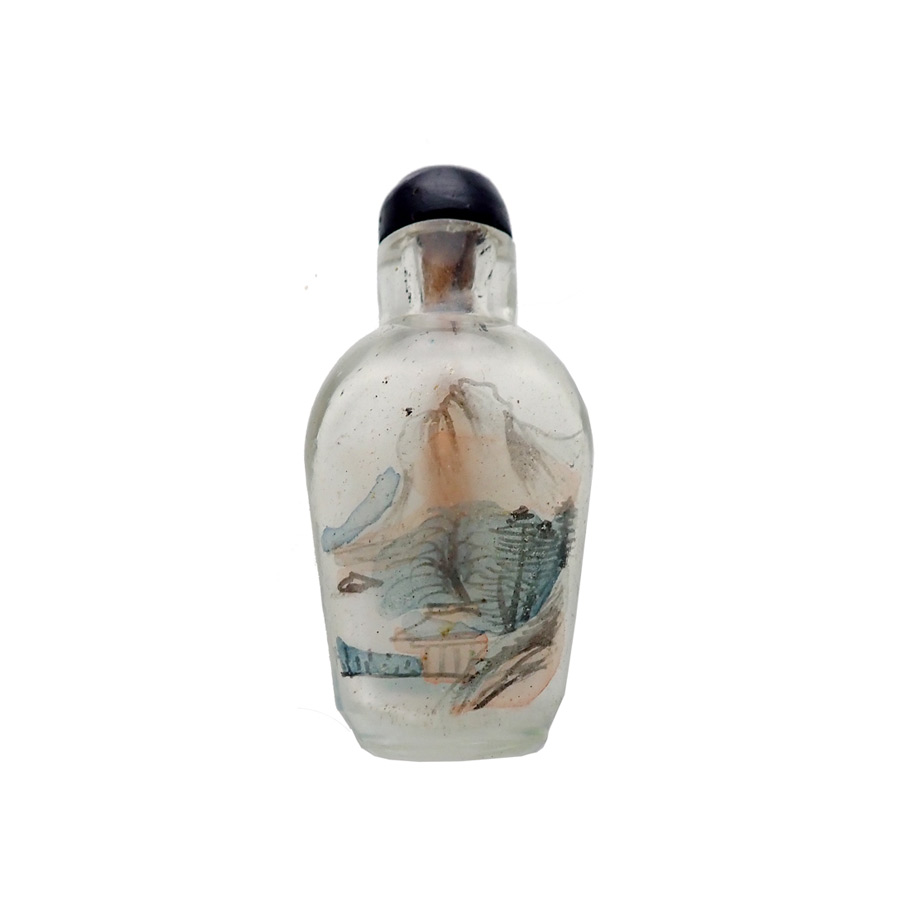 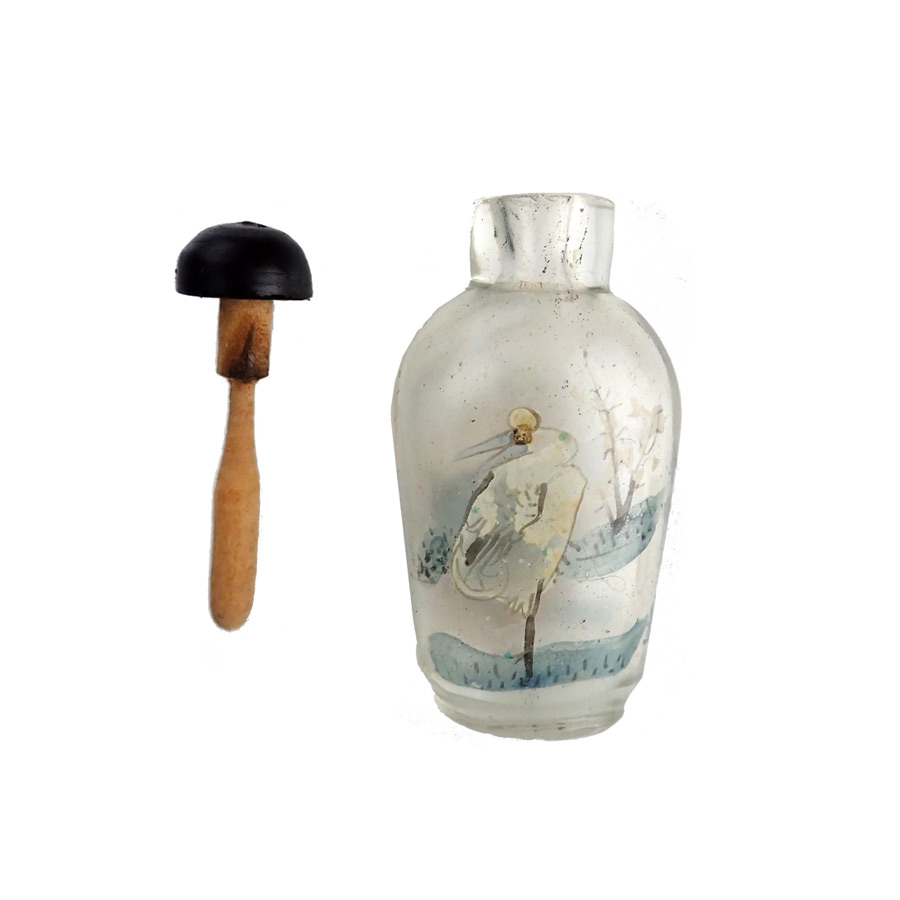 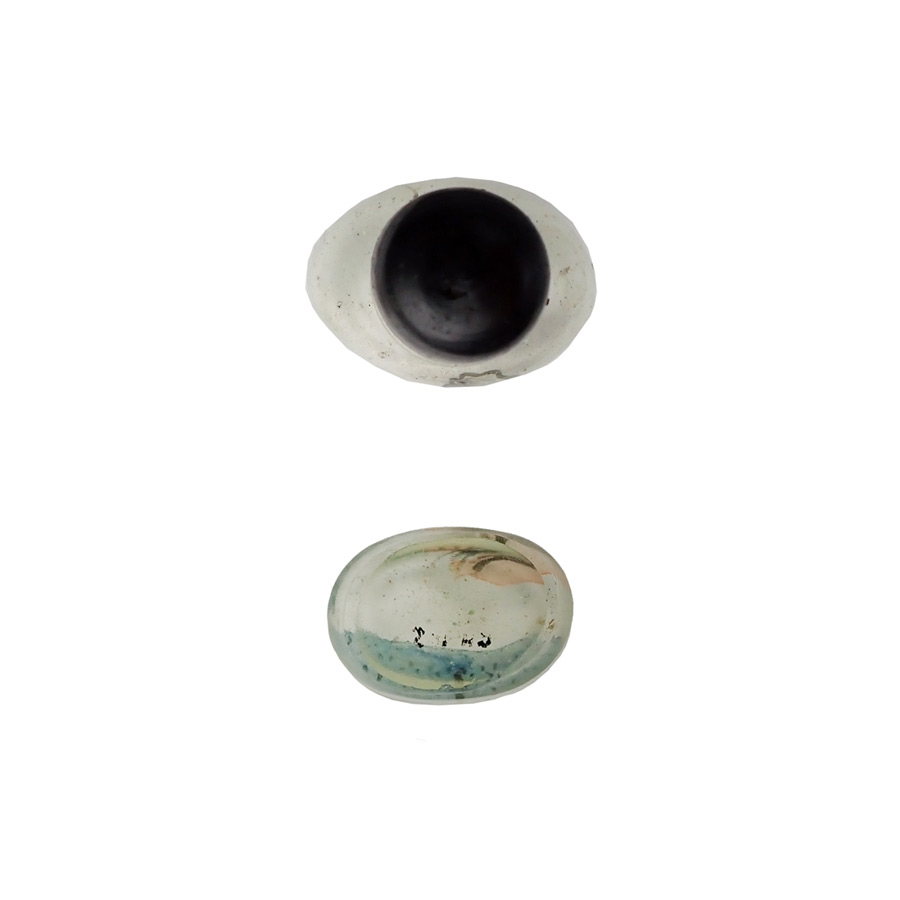 This small flat clear glass snuff bottle has a wooden stopper with rounded concave spoon. It is beautifully painted on the inside with a crane on one leg on the edge of a lake. The other side of the bottle has a house set amongst trees and mountains.

Painting on the inside of snuff bottles became popular in the mid Qing Dynasty after the introduction of tobacco to China. Snuff was considered an acceptable form of using tobacco. It was valued for its relaxing and medicinal qualities, as a cure for colds, aches, pains and digestive ailments. By the 1800s, snuff was used across most levels of society. It was used for gaining favours, positions and advancement in government, and for greeting friends with a pinch upon meeting them in the street or at home. Collecting snuff bottles became a nationwide custom and large numbers were also being exported to the West.

It is hard to imagine the skill and patience of the Chinese artist who painted this beautiful snuff bottle.  Despite having to paint backwards on the inside of the bottle, the artist has created a remarkable sense of serenity in nature. On one side, a crane stands by a lake, while on the other, a hut is set amongst trees and mountains.   I am in awe of an artist who had the patience to produce this beautiful artwork under such limitations.

This artefact is on display now in case 26 titled ‘The long history of China’. You may go back to the Exhibition Home page and browse our virtual tour. 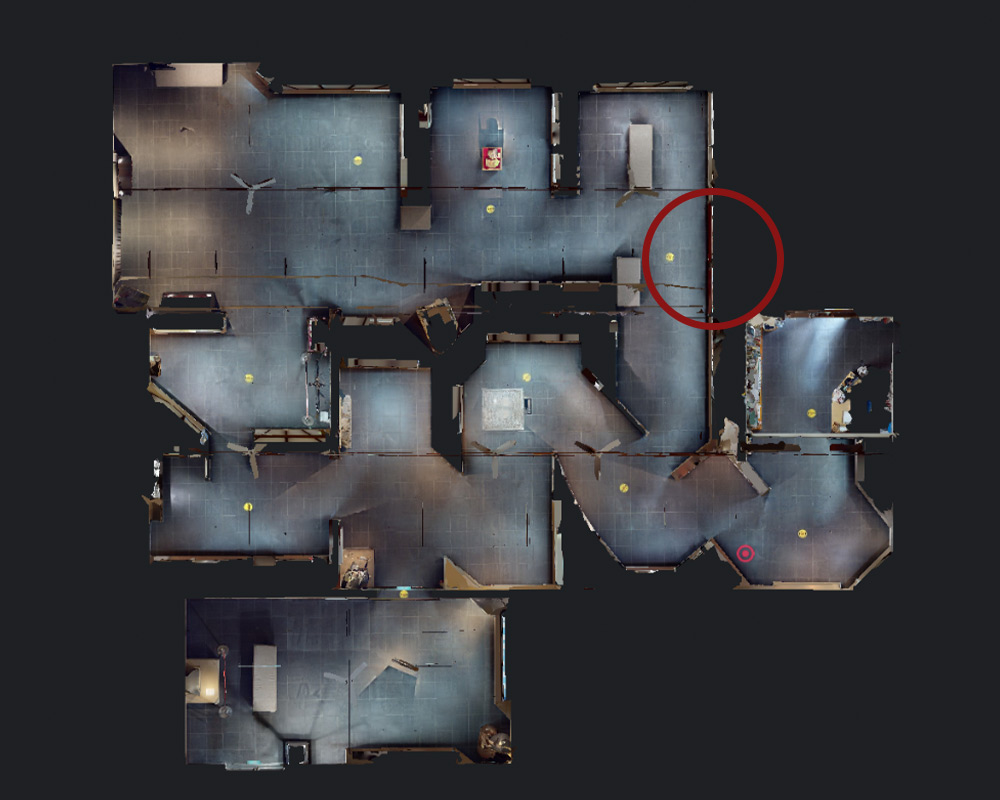 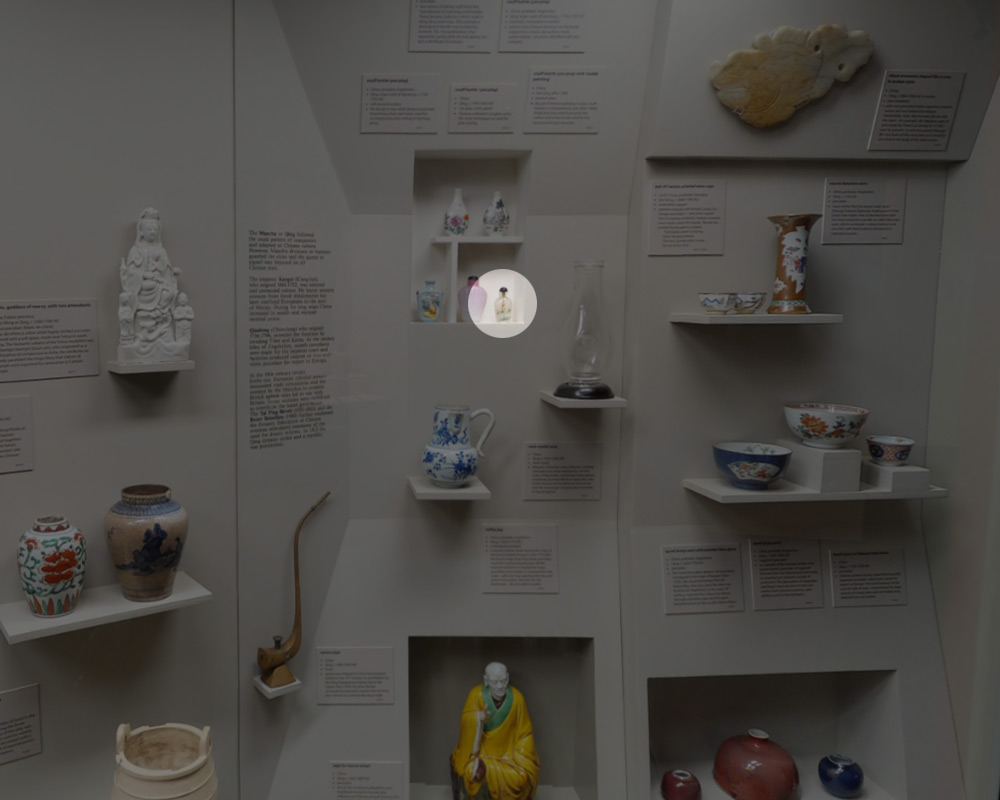